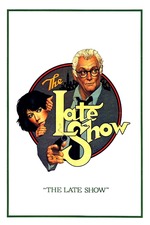 Lily Tomlin and Art Carney make the most randomly awesome team ever in one of my favorite films which I recommend to anyone who loves oddball cinema.

Art Carney plays a semi retired private detective in Los Angeles in the 1970’s who, after the murder of a colleague from the old days, is guilted into taking on a small-time gig to find a missing cat belonging to Lily Tomlin.

There is so much to love about The Late Show. Every detail is hilarious and thought out. One of my favorites is the relationship between Art Carney and the woman he rents his room from, and how empathetic she is to him despite all the drama he brings into her space.